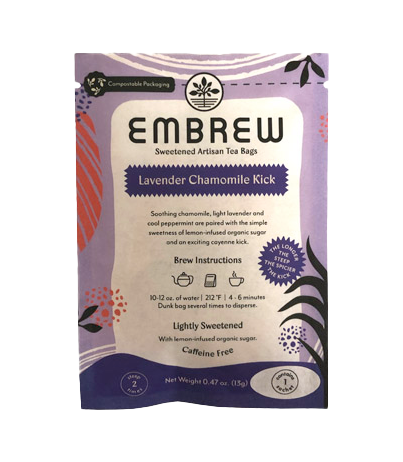 Our best-selling flavor is this herbal, caffeine-free Lavender Chamomile Kick, which has been called a “curl up on the couch” or “big hug in a mug” tea. The first flavor you’ll taste is the soothing chamomile followed up with a light lavender and cool peppermint, which is brought out by the light sweetness of lemon-infused organic sugar. Once you pull the cup away you’ll feel the cayenne kick, which adds a twinge of excitement to the cup. The longer you steep, the spicier the kick.

In-store shopping and pickup hours at 7 Brevard Rd. are T, W, TH 10:30–2 or by appointment. Allow a minimum of 3 days for Pick Up orders. Dismiss